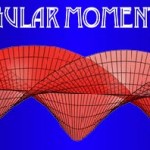 Light with OAM can be produced in a number of ways:

An obvious approach to generating a helically phased beam is to pass a plane wave beam through an optical element with a helical surface, as shown here. The optical thickness of the component increases with azimuthal position according to mλθ/2π(n-1), where nis the refractive index of the medium. Unfortunately, despite the simplicity of the idea, at optical wavelengths this approach requires extreme precision in the pitch of helical surface.

Diffractive optical elements can be readily designed to mimic any refractive element of choice, at a single wavelength. A helical phase profile exp(imφ) converts a Gaussian laser beam into a helical mode. In practice, the phase distribution of the desired optical component is typically added to a linear phase ramp and the result is a diffraction grating that produces the desired beam in the first diffraction order.
The components are effectively holograms of the desired optical element and are thus often referred to as “computer generated holograms.” This approach is particularly appealing due to the commercial availability of spatial light modulators (SLMs). These are pixellated liquid crystal devices that can be programmed through the video interface of a computer to act as holograms. Changing their design is as simple as changing the image displayed by the computer interfacing the device.

Conservation of energy & momentum in SPDC.

Spontaneous parametric down-conversion (SPDC) is the generation of two lower- frequency photons when a pump field interacts with a nonlinear crystal. It is a conservative process: energy, momentum and orbital angular momentum are all conserved.

SPDC has been shown to be a reliable source of photons that are entangled [Hong 1985], in particular, in their OAM [Mair 2001]. The spatial structure of the down-converted biphotons can be expressed as a superposition of Laguerre–Gauss (LG) modes of different amplitudes, angular and radial momenta, with the width of the modal expansion relating to the amount of entanglement of the final state [Torres 2003; Miatto 2011; Yao 2011].

Back to OAM page