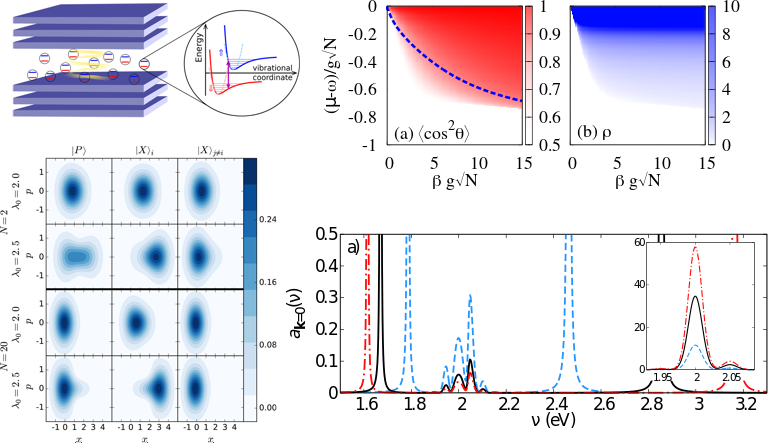 Polaritons are quasiparticles made by hybridising electronic excitations with photons in a cavity. Typically the electronic excitation is bound electron-hole pair in a quantum well. Recently it has become possible to instead use an electronic transition of a large organic molecule. These molecules typically have much larger dipole moments and so polariton physics can be seen at room temperature. However, there are typically more degrees of freedom of the molecule to worry about. We focus on understanding the effects of these degrees of freedom such as vibrational and rotational motion of the molecules on the polariton physics.

Recent publications about organic polaritons are below: