Working in collaboration with an experimental team from the Experimental Quantum Optics and Photonics Group, we study the evolution of a collisionally inhomogeneous matter wave in a spatial gradient of the interaction strength. Starting with a Bose-Einstein condensate with weak repulsive interactions in quasi-one-dimensional geometry, we monitor the evolution of a matter wave that simultaneously extends into spatial regions with attractive and repulsive interactions. We observe the formation and the decay of soliton-like density peaks, counter-propagating self-interfering wave packets, and the creation of cascades of solitons. 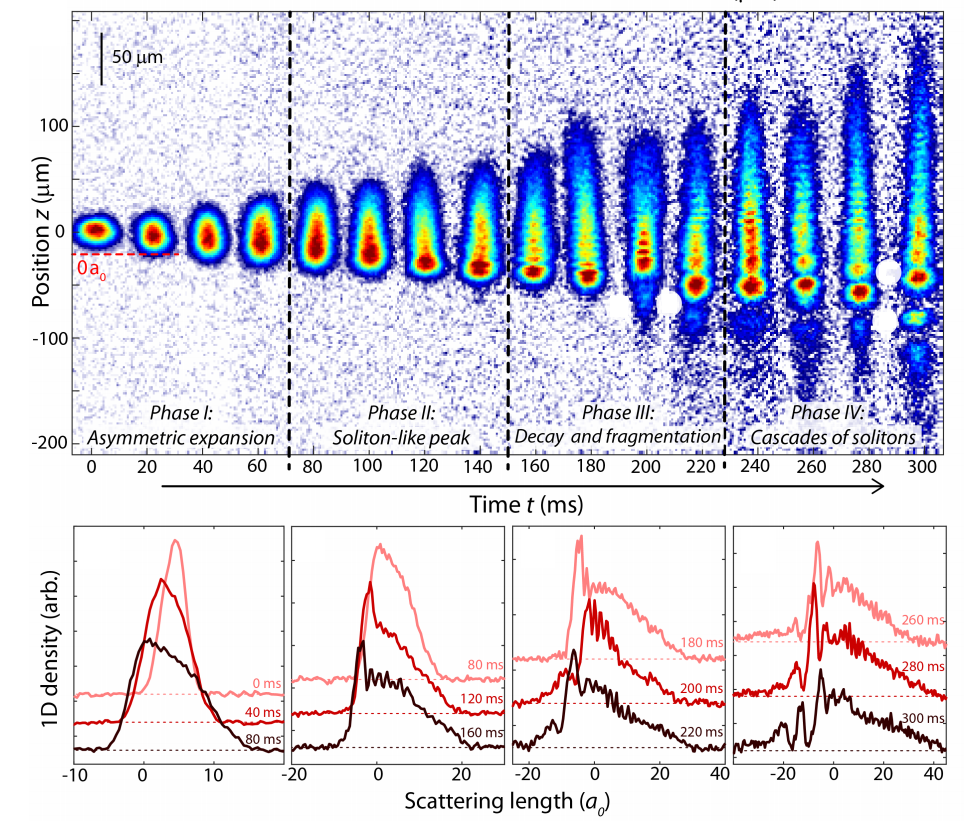 The matter-wave dynamics are well reproduced in numerical simulations based on the nonpolynomial Schroedinger equation (NPSE) with three-body loss, allowing us to better understand the underlying behaviour based on a wavelet transformation. Our analysis provides new understanding of collapse processes for solitons, and opens interesting connections to other nonlinear instabilities. 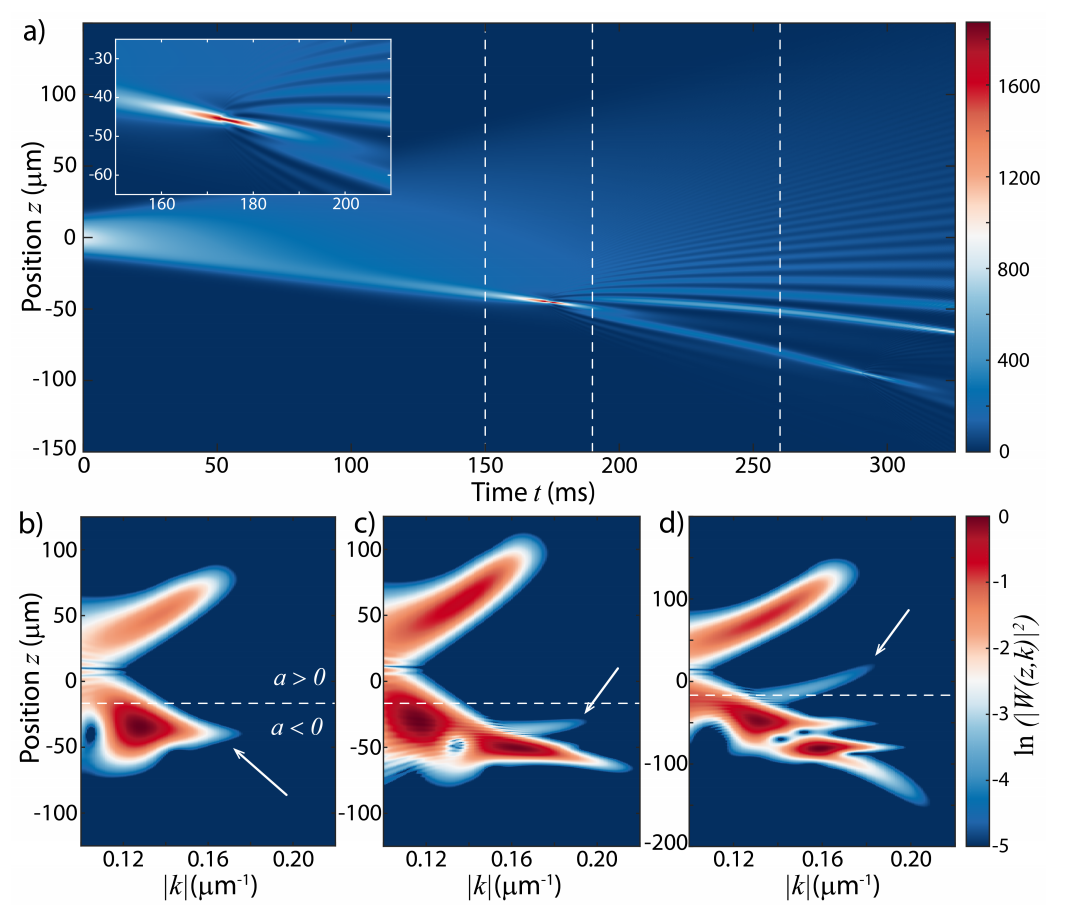