“Quantum Transport” refers broadly to a typical situation we have in electronics, where particles (such as electrons) flow through a channel (wire) connecting two reservoirs (such as the terminals of a battery). 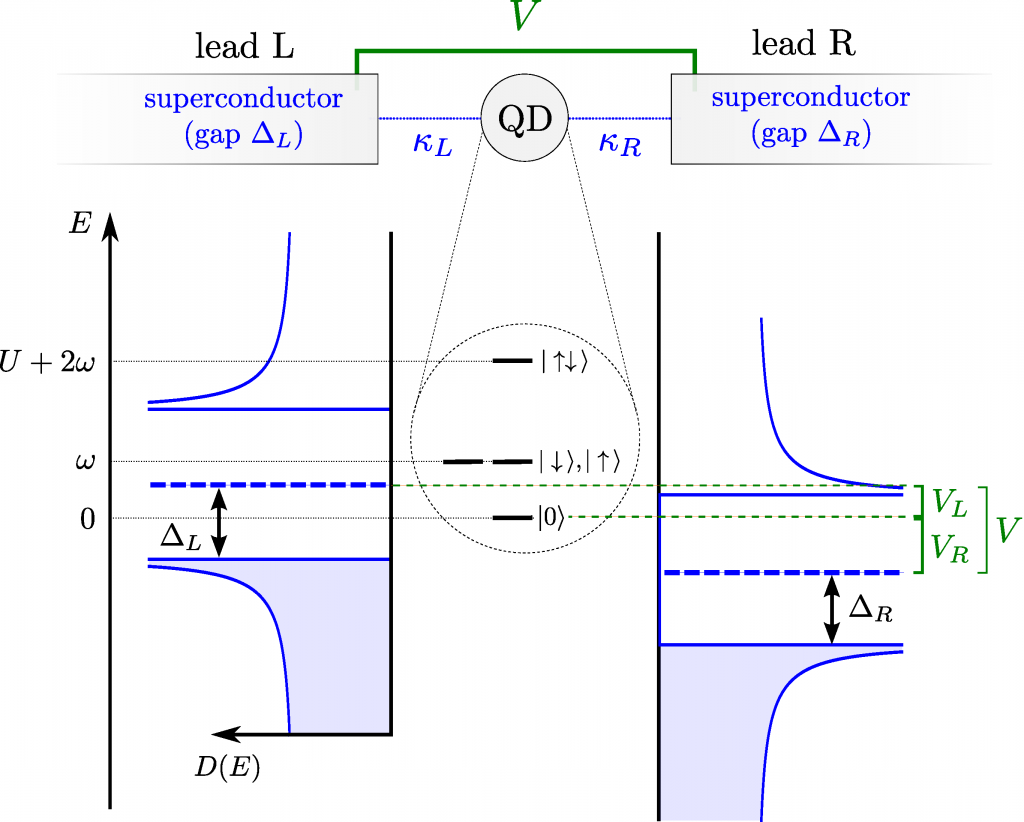 Both in nanoelectronics and in experiments with ultracold atoms, there have been substantial developments over the past years in the ability to design new experiments, especially where the channels confine the atoms to motion in one dimension, or motion through an engineered pattern of sites. The connection between these experimental platforms has also developed strongly, with ultracold gases able to mimic the physics of electrons in nanowires in certain regimes, as well as exploring very new phenomena.

We have been theoretically studying novel transport scenarios which could be explored in such experiments, in order to set a roadmap for future developments in cold atoms and also in nanoelectronics. We have developed new analytical and numerical approaches to these systems, collaborating with solid state experimentalists in Pittsburgh, as well as exploring completely new possibilities for cold atoms experiments.