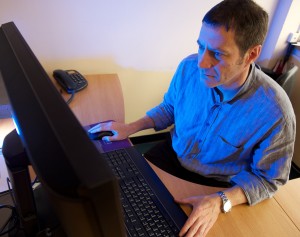 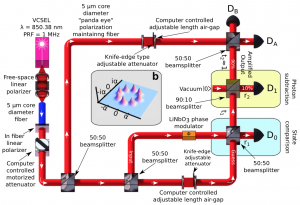 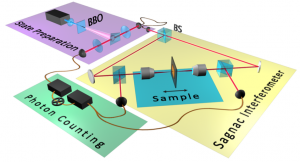 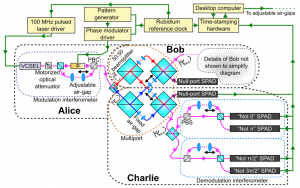 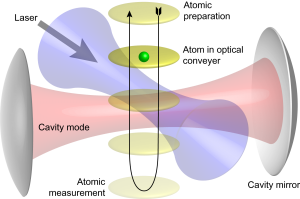 John Jeffers studied for his BSc (Hons) in Physics at the University of Newcastle upon Tyne, and his PhD in Theoretical Physics at the University of Essex, under the supervision of Prof. Rodney Loudon FRS and Dr. T.J. Shepherd (at the Royal Signals Radar Establishment in Malvern), on travelling-wave quantum optics. Afterwards, both academic institutions closed their Physics Departments, and RSRE was privatised. The most important point to take away from this is that you should not under any circumstances give him another degree. He came to Strathclyde as a postdoc. He became a Lecturer in 2001 and is currently a Professor, so mostly absent. He was once Departmental Postgraduate Tutor, Research Director and coordinator for UoA9 (Physics) in the 2014 REF. Because he didn’t do it badly enough the first time he was REF 2021 coordinator for UoA9 as well. We’ll see how that goes.

He mostly does quantumy things in optical Hilbert space, but sometimes classical things too. He is an investigator on EPSRC’s Quantum Technology Hub QuantIC which was set up as part of the excellent UK National Programme in Quantum Technology to try to make qwidgets for the benefit of the nation. He does not know everything about beam splitters.

Some Quotes (and some quotes within quotes):

“Anyone who cannot cope with mathematics is not fully human. At best he is a tolerable subhuman who has learned to wear shoes, bathe, and not make messes in the house. ” – Robert Heinlein, Time Enough For Love

On the purpose of education and, by extension, scientific research

The former U.S. Senate Majority Leader Trent Lott said studying Physics was a “waste of my time, waste of my teacher’s time and a waste of space”

” … The above discussion assumes education is about job training. It totally is not (well, at least I don’t think so). Education is about being human. Let me go ahead and include my favorite Robert Heinlein quote:

And I agree. We study these things (art, history, music, literature, and yes science) because that is what makes us human. Will studying these things make us better at our jobs? This is a Feynman quote:

“Physics is like sex: sure, it may give some practical results, but that’s not why we do it.”

So, in that regard Lott is wrong. Science and Maths are no more a waste of time than a fine wine or enjoying the sunshine on a bright sunny day. Humans. Go figure.”

On Football, and Life

“The great fallacy is that the game is first and last about winning. It is nothing of the kind. The game is about glory, it is about doing things in style and with a flourish.” – Danny Blanchflower