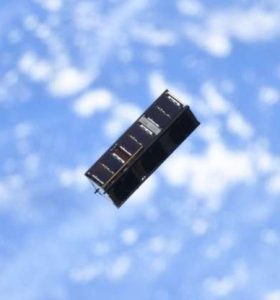 SpooQy-1 deployed from the ISS 17th June 2019 into low Earth orbit. Strathclyde has collaborated with the Centre for Quantum Technologies since 2009 on developing quantum technologies for space. SpooQy-1 is the 3rd mission in the series experiments to date and was the first nanosatellite to demonstrate the production and measurement of quantum entanglement in space.

We have research activities developing quantum experiments that can be launched on nanosatellite platforms, so-called CubeSats. The group is a member of the Strathclyde Space Institute: Space Science and Applications sub-division. CubeSats offer an inexpensive and rapid route to space-based operations in a 1 to 10kg fully functioning spacecraft. This is an ideal platform from which to perform an iterative and incremental development programme of advanced space-based quantum technologies and fundamental physics. 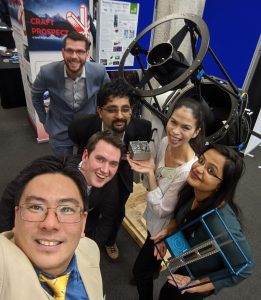 Strathclyde is a member of the Quantum Technology Hub in Quantum Communications which is developing advanced satellite QKD technologies with the goal of in-orbit demonstration. A primer on Satellite Quantum Key Distribution can be found here (MP4, 40 mins).

Strathclyde is the lead organisation on the CubeSat Quantum Communications Mission (CQuCoM) proposed by a consortium of 6 nations including the UK, Germany, Italy, Austria, the Netherlands, and Singapore [1]. This project spurred the development of several other CubeSat quantum communication missions including the QUARC programme (led by Strathclyde) in the UK and the ROKS mission led by Craft Prospect Ltd [2]. Dr Daniel Oi acts as the Scientific Lead for ROKS and the UK Science Lead for the joint UK-Canada ReFQ collaboration to launch a payload on the QEYSSat mission.

As part of the QT Hub SatQKD activities, Strathclyde collaborates with the University of Bristol on development of a portable optical ground station. This will allow the distribution of quantum secret keys to a wide range of locations and to assess the performance in differing environments.

Strathclyde works extensively with industry on commercialisation of SatQKD, including collaboration in the ROKS mission. Dr Daniel Oi is a Researcher in Residence (RiR) at the Satellite Applications Catapult (SAC) and provides expertise on technology and science aspects as part of industrialisation efforts. An Innovate-UK project (ViSatQT) led by Airbus and comprising the SAC, Strathclyde, and several SMEs, is a direct result of the RiR programme. Strathclyde is also a partner in the BT-led Innovate UK project, AirQKD, that will translate the expertise gained from SatQKD development to terrestrial free-space systems. In both projects, Strathclyde is in charge of modelling, simulation, and performance analysis. We are developing SatQuMA, an open source modelling tool available here. 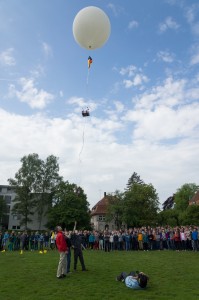 In collaboration with the Centre for Quantum Technologies in Singapore, we have developed the SPEQS (small photon entangling quantum source) experiment. SPEQS has demonstrated the deployment and operation of a compact, low-power, lightweight, and robust source of entangled photon pairs into low Earth orbit during the Galassia (2015-16) and SpooQy-1 (2019) missions. Results are reported here and here [3,4].

SPEQS was initially tested successfully in two stratospheric balloon launches (shown left) reaching altitudes in excess of 37.5km. An on-board polarization analyser measured pair correlations and show that they violate a Bell inequality, verifying its operation. A correlated photon pair source was launched into low-Earth orbit on the Galassia CubeSat in 2015 and demonstrated successful operations in 2016. A fully entangled source of photon pairs was launched and operated on the SpooQy-1 CubeSat in 2019. A followup mission QKD CubeSat will demonstrate transmission of entangled photons between a CubeSat and Earth. 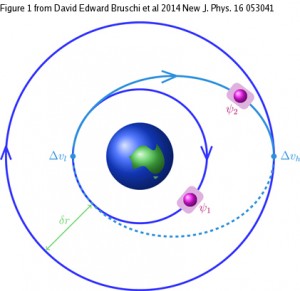 In the longer term, new effects may be observed under extreme conditions of velocity and acceleration that could affect our ability to manipulate quantum systems. Such relativistic quantum information effects might be probed by extremely sensitive experiments in near Earth orbit. One such proposal would detect the degradation of entanglement associated with changes of orbit by one half of an entangled Bose Einstein condensate. With rapid miniaturization of the relevant components, this may be achieved with small satellites.